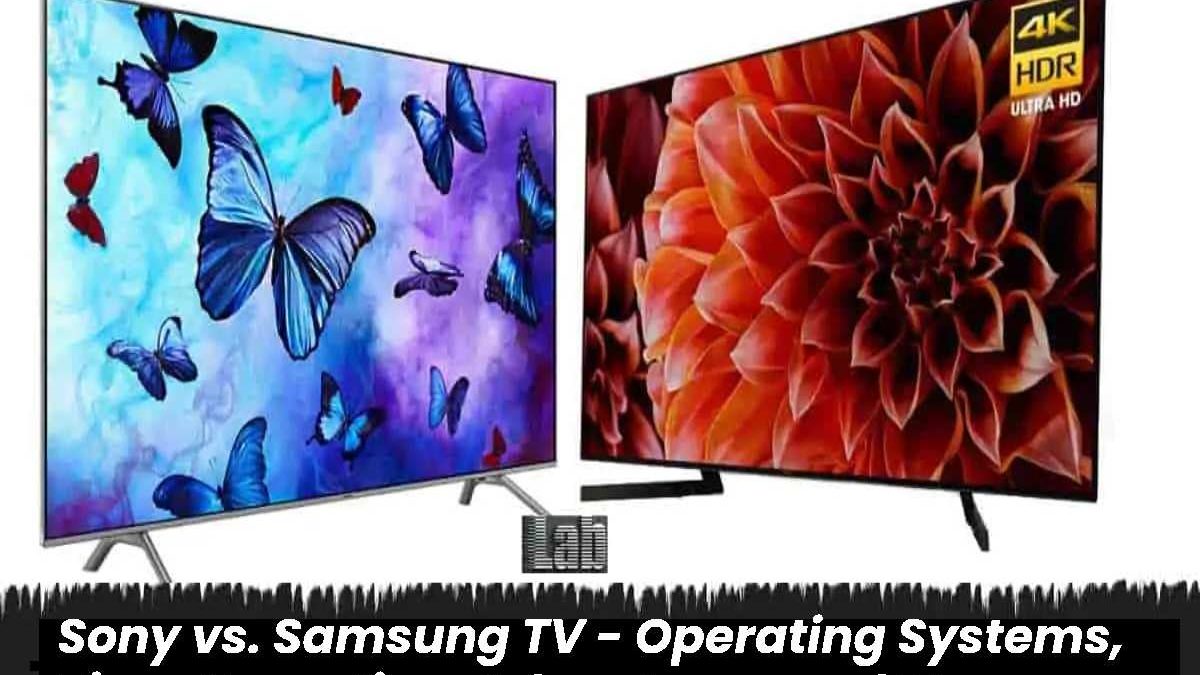 Sony vs. Samsung TV – When looking for the latest smart TV, there are many factors to consider: from 4K to 8K and Dolby Vision to HDR10 +. In this article, we examine Sony and Samsung TVs to compare the capabilities of both brands.

Choosing a smart TV can be a challenge, especially if you don’t know which brand to trust. But two of the industry’s most popular brands, Sony and Samsung, have some of the most luxurious, cutting-edge televisions you can buy.

To decipher the choice of the two brands, it is necessary to compare the specifications and features of their latest or best-selling intelligent TVs. But don’t worry, that’s what we’re here for. Let’s do an in-depth analysis to settle the debate: Sony vs. Samsung TV.

Like a desktop computer, a television’s operating system plays a significant role in its durability and performance. Samsung and Sony use different operating systems that have their strengths and weaknesses. The right operating system for you can offer a better user interface, a wide range of applications, compatibility with third-party devices, web browsing, and more.

In the debate between Sony and Samsung televisions, both brands offer competitive operating systems that offer numerous advantages. We will see.

• Multitasking: Switch seamlessly between streaming videos and filtering between different applications. Also, you can watch the news while listening to your favorite YouTube playlist.

• Simple design: discover content quickly with minimal scrolling and searching. The latest apps are easy to find, and you can customize the dashboard to suit your preferred layout.

• Integrated Google Assistant: give voice commands to load a movie or show instead of browsing channels. It can save you a portion of time if you are a daily Netflix user. And you can even get the weather forecast or check the distance from one place to another.

• Application variety: From YouTube and Amazon Prime to Spotify, there are many downloadable applications available. You will also have access to the Sony Select feature, which will allow you to view the available applications specially created for your Sony TV.

• Smart Compatibility: Control smart home devices from your TV. Press the microphone button on the remote control to say a simple command like “dim lights” or “turn on AC power.”

• Messy menu: The menu can appear messy due to the sheer number of applications. This application overload may seem overwhelming to some users, although you can take an hour to reorganize your dashboard.

In short, Sony’s Android operating system is winning this Sony TV battle against Samsung. This is mainly due to its greater variety of applications and intelligence and the ability to multitask and control smart devices from your TV.

Nokia 10 - Information and Characteristics, Design, About, and More