When it comes to the top graphics cards, NVIDIA is undoubtedly dominating the marketing, and here we cannot forget to mention GeForce RTX 2080 Ti which came out to be the most powerful graphics card you will ever find.

However, the price tag is high, and therefore many gamers are unable to afford it.

Don’t worry; there is Good NEWS! NVIDIA has launched the GTX 1660 Ti series available at a lower price than RTX series graphics cards.

The Nvidia GeForce GTX 1660 Ti has emerged as one of the most OK mid-range GPUs at the moment.

It is capable of handling even 2160p and reaching high framerates in 1080p.

That said, it’s a mid-range king when we talk about 1440p gaming. Of course, not every unit of 1660 Ti is created equal.

Landing as another addition to the Turing family of graphics cards, the GTX 1660 Ti is an excellent choice for the mid-range market.

Hailed as a card for mainstream gamers, the GTX 1660 Ti cuts out some of the features seen on other models with no deep learning or even ray tracing, to speak.

We know that coming to a decision on which graphics card to choose is a difficult choice.

Even if you’ve managed to narrow down your search to just one model.

With so many options in the product line, it can be hard to choose the best one.

If you’ve decided that the GeForce GTX 1660 Ti is for you, we are here to help you choose the best model for your needs.

While there isn’t a lot of deviation between each card, there’s enough to look at that warrants a bit of research.

We’ll also give you a bit of an introduction to how we make our choices and what we look for in a card.

If you’re new to all this, look out for the section that goes through some technical terms you might encounter before we get to the comparisons.

So, let’s have a glance at some of the best GTX 1660S-based video cards from different manufacturers.

Since this is a mid-range card, there won’t be any souped-up water-cooled custom designs.

Most manufacturers use tried and tested methods that operate for other mid-range GPUs.

Nvidia’s original GeForce GTX 1660 always took a back seat to its more powerful and popular sister model, the GTX 1660 Ti.

The GTX 1660 Super (also known as GTX 1660S) is sold at about the same price point as the GTX 1660 at launch but offers nearly the same performance as the Ti.

This makes the Super variety an attractive option for gamers who want something more potent than a budget GPU and something less costly than an upper mid-range card.

And also, a suitable upgrade for owners of these graphics cards.

Had the GTX 1660S been a more power-hungry and heat-generating card.

And also, comprehensive and efficient cooling solution would be a bigger priority.

HOWEVER, its TDP is only 125 W, so there is hardly a need for a bulky triple-fan solution to cool this card.

However, the ASUS Dual GeForce GTX 1660 Super Mini is also an attractive card.

As a bonus, it’s usually less expensive and will fit in mini ITX gaming cases – or even an Intel NUC 9 kit. 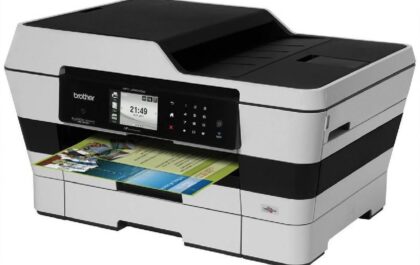 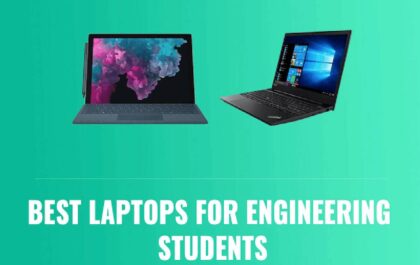 Best Laptops for Engineering Students – An engineering computer must be fast, efficient, and versatile. I have often come across…