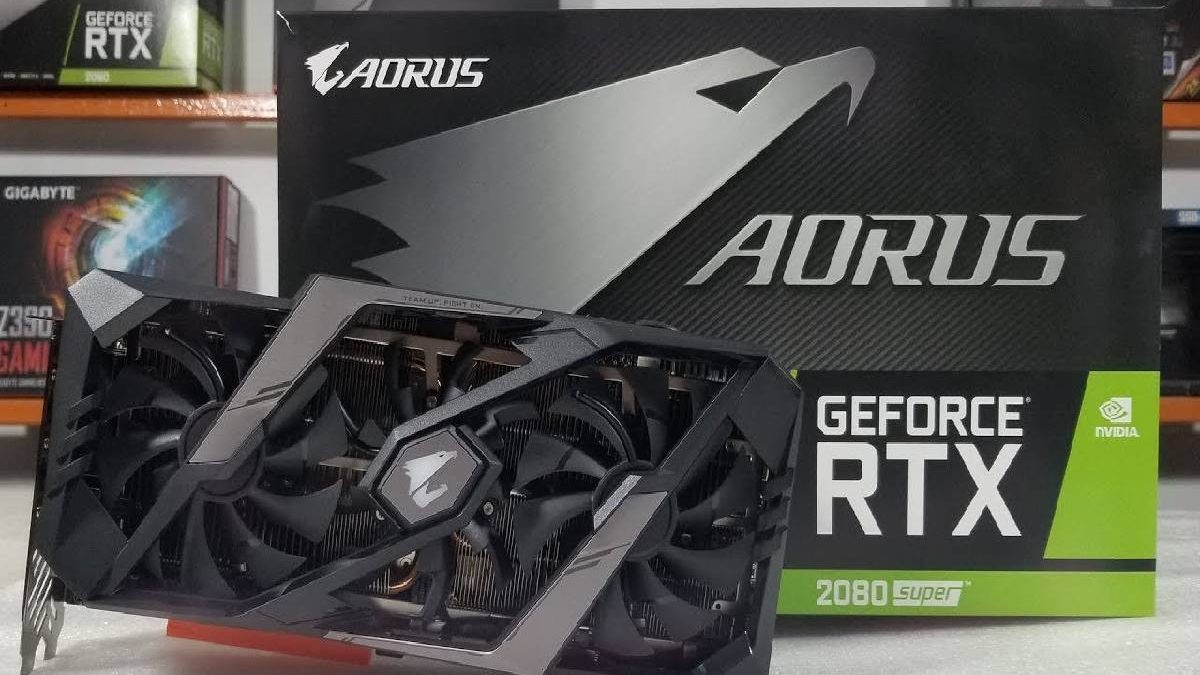 RTX 2080 Super – NVIDIA continues to renew its RTX graphics cards. At the beginning of this month, we were able to see first-hand the launches of the new range of graphics cards from this manufacturer, such as the NVIDIA RTX 2060 SUPER, which seeks to open a gap in the mid-range, and the NVIDIA RTX 2070 SUPER, to bring the high-end to a new level. However, we could not forget one of NVIDIA’s flagship graphics cards, the RTX 2080, which today also receives a complete renovation with better performance and a lower price. The new NVIDIA RTX 2080 SUPER is here.

The NVIDIA SUPER range aims to completely revamp the Turing architecture graphics cards released just under a year ago. This new range offers users higher performance at the same price and even lower than this new NVIDIA RTX 2080 SUPER.

To learn more about all the Turing architecture, we recommend reading the RTX 2060 SUPER and 2070 SUPER reviews.

If you are the idea of buying an NVIDIA RTX, now is a great time. If we buy a new generation graphics card from the NVIDIA website, for a limited time, we will get a key for Wolfenstein: Youngblood and another for Control, two excellent games that will allow us to make the most of the Ray Tracing and AI of the new generation of NVIDIA.

The TDP of this new graphics card is 250 watts, and it power-driven through 8 + 6 pins. The maximum temperature is 89 degrees, and it is also compatible with NV-Link, the same as the previous RTX 2080 model and the new RTX 2070 SUPER.

Unboxing and First Impressions of the new Nvidia RTX 2080 Super

The new NVIDIA RTX 2080 SUPER comes in a cardboard box similar to that of the NVIDIA RTX 2060 SUPER and the NVIDIA RTX 2070 SUPER, a box that we have previously seen in other Founders Edition models and that characterized by being gray. With textures and green touches. This box comes with a seal on the sides and opens vertically, revealing the graphics card.

We will remove the protective plastic from the graphics card and remove the protector from the mirrored surface to see the excellent general design of this card. In terms of size, it is similar to the RTX 2070 SUPER, slightly larger than the RTX 2060 SUPER. In the upper part of it, we will find the two fans that will allow us to extract the heat from the heat sink. In addition, we will have a mirror between the two fans. As in the other RTX models. Which gives this GPU a much more original touch.

NVIDIA does not like us to open its graphics cards. So it seems that it does not make it easy for us to access its interior. As in the other RTX models, to be able to access the interior of it. We have to remove neither more nor less than 16 Phillips screws. The 4 of the heat sink. And then a total of 14 hexagonal head screws. To be able to separate the parts and be able to access them inside the GPU.

Obviously, to measure the performance of this new graphics card and also be able to compare. It with the other SUPER graphics released earlier this month. As well as with the AMD NAVI graphics cards. We have used the same hardware that we have used in the previous tests of performance:

We have used Windows 10 May 2019 Update, the latest update of Microsoft’s operating system, regarding the operating system. We have also installed the newest beta drivers provided by NVIDIA. So it is even possible that they even improve performance. A little more in games and benchmarks when these drivers reach the stable version.